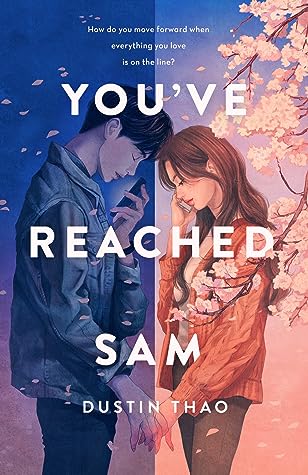 This book was one of the most beautiful books I ever read. Not only because the writing style is amazing but also because there is so much truth in it. The truth can be beautiful, it can be bittersweet, it can be painful and excruciating, it can hurt you but it can also give you hope. The truth of “We Are Okay”? It does all those things and even more.

”No one will know if you stay in bed all day. No one will know if you wear the same sweatpants for the entire month, if you eat every meal in front of television shows and use T-shirts as napkins. Go ahead and listen to that same song on repeat until its sound turns to nothing and you sleep the winter away.”

There’s a sadness in this book, on every page, in every single line. It seeps from the pages, it’s a tangible and breathing thing. It makes it hard to pick up the book and it stays throughout the entire story. A silent and looming companion, something to be afraid of but also something that keeps you going, something that accompanies you, for better or for worse. There were so many things I could relate to and I think my personal experiences made up a big part of the story’s appeal.

”I’m just afraid that one day something’s going to catch me by surprise. Stale coffee. Squares of American cheese. Hard tomatoes, so unripe they’re white in the center. The most innocent things can call back the most terrible.”

How can anyone who hasn’t gone through loss even comprehend how hard it is to remain a living, functioning and acting part of this world? The answer is simple: They can’t. Grief is something that changes you, it turns and twists you, you might look the same on the outside but on the inside you’re shaken to your core. Once grief found you, it leaves its mark and it’s something you carry with you for the rest of your life. You can’t get rid of it and you recognize it in people that made the same experiences.

”But I know that there’s a difference between how I used to understand things and how I do now. I used to cry over a story and then close the book, and it all would be over. Now everything resonates, sticks like a splinter, festers.”

I don’t know about you, but I’m always glad for the people who never experienced such a profound loss. They still have some sort of innocence to them; they’ve never been shattered like that and don’t have to try to fit together the pieces of a puzzle they didn’t even know existed. It’s not easy to come back from this kind of grief and it doesn’t only take away your innocence, it also steals your youth.

”In the kitchen, I put a pot of water on the stove. Before the water reaches a boil, he will be here. I dropped pasta in and set the timer. Before the then minutes are up. I melted some butter. I wasn’t hungry, but I would eat it anyway, and by the time I was done, he would walk through the door and call out my name.”

*sighs* How I could relate to this part of the book. The waiting, the hoping that her grandfather would turn up. The ingrained KNOWING that he wouldn’t. That utter and deafening sense that something is wrong but you can’t do anything to make it right. You’re helpless, desperate and frantic and you just don’t know what to do. Until, well, until someone eventually confirms your biggest fears. Until someone shatters your world forever.

”And Hannah kept saving me. She saved me with never asking questions, with instead reading to me about bees and botany and evolution. She saved me with clothes she loaned me and never took back. She saved me with seats next to her in the dining hall, with quick evasions when people asked me questions I couldn’t answer, with chapters read aloud and forced trips off campus and rides to the grocery store and a pair of winter boots.”

But thankfully there are people like Hannah out there. People that watch out for you, that don’t turn away from you but embrace you with all your shattered parts. I’m pretty sure Hannah might have experienced loss too because she stuck with Marin and in my experience only people that went through it will react like that. The others? Well, those who are fortunate will have never experienced anything like it, so they’ll say how sorry they are, they’ll try to cheer you up, but when you fall into that black and endless rabbit hole of grief. Well, they’ll eventually lose interest after a few days or weeks (if you’re lucky) and then move on. Without you…

It took Marin months to speak about her loss; it took me an entire year to open up and to speak about mine. A year that changed me forever, a year I’ll never get back. I really wish I would have had this book when I was seventeen and I hope and pray that everyone who experiences the very same thing will stumble upon it. That they’ll find solace and hope in Nina LaCour’s words and that they’ll eventually find the strength to move on. Because the truth is: Life is merciless and it doesn’t pause for the living.

If I learned anything then it’s this and that you’ve to live your life like there will be no tomorrow.

Make your experiences, don’t regret anything, recognize your loss, stay true to yourself, keep on fighting, keep living, because it’s worth it. Life is so worth it and you only have one chance! Make it count! 😉

This said, I love this book with all my heart and I’ll recommend it to everyone who ever experienced loss! This, this is your book! Your voice! Your thoughts on paper! Read it and heal! ❤